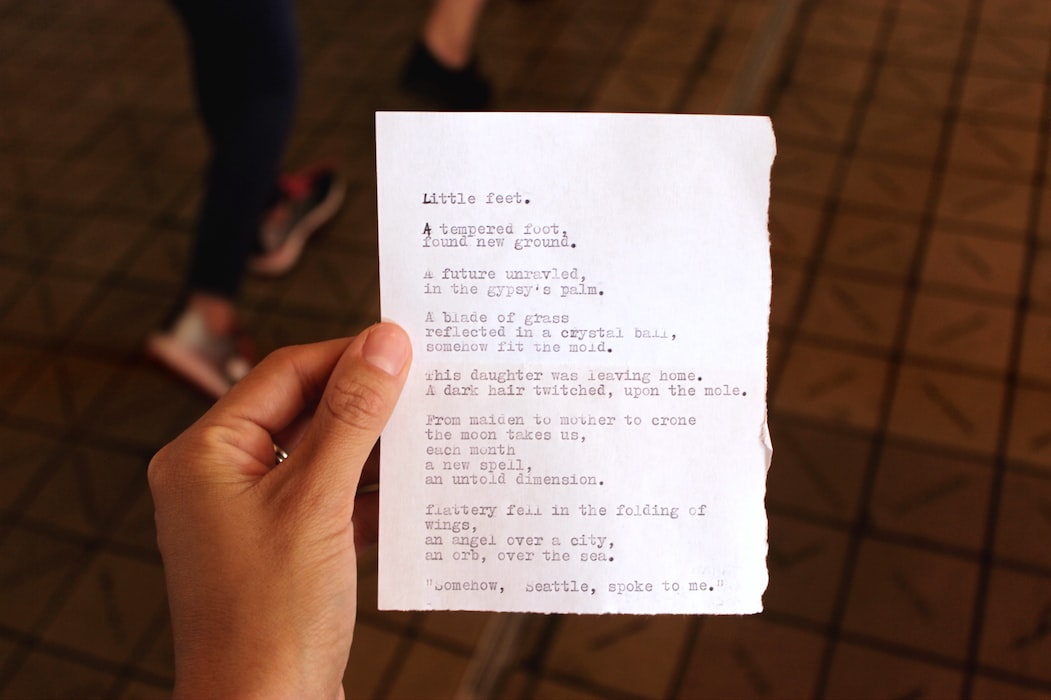 “Dear…” I type my letter out. Wait, it’s not a letter. An email. No, that sounds too formal. A text. Who am I kidding, I don’t have a phone. I’m writing a thing. That’s it. Things are generic. Things can be anything.

Sometimes I wish I was a thing. Sometimes.

Who wouldn’t want the ability to be anything?

No, get back to the letter. The thing. I inhale and crack my knuckles. Here we go again.

“Dear…” But they’re all dear. That’s the problem. I’m writing to more than one person, and every single one is dear. How do I explain that without being… without being… adjective, adjective, where’s the dratted-

Nevermind. Either they’re all dear or nobody is.

“Hi. It’s me.” I groan. Well, duh, of course they know that. But I say it because I have nothing to say.

“The biggest disappointment you know.” That’s from a musical. That’s not from me. I don’t think of myself as a disappointment. But of course, there’s only one me in the world. Everyone else might think I am. E v e r y o n e  e l s e. That’s a lot of people.

“I know I left without a trace…” Well, that’s one way to put it. I had no choice, just enough time to haphazardly pack my bags and get out. Get out. How generic. More like r u n, g o, heart thumping wildly as they took me away and left me in that room to wait. No goodbye. No nothing.

Such a loyal friend I was.

“And I owe you all an explanation.” But where do I begin, where do I begin? There is no way of explaining it without getting my tongue tied- er, my fingers tied. Ew, that’s a disturbing graphic image. But I owe them an explanation. Somehow. I worry them. I don’t know much but I do know that. And that’s not good.

“Just gimme a while to say it. That cool?” I sigh. “You know what, maybe I’m making a big deal outta this. Maybe it truly doesn’t matter that I’m gone—ugh, that sounds like I’m guilt-tripping you and I promise I’m not, I’m not. Just, maybe the only person worried in this scenario is me. And you guys are fine. Which you totally should be.” Great, I’m rambling. I kick the machine away from me and it wheels into the distance as I sigh and curl up in my chair. I drag the machine back and place my fingers on the keyboard.

“We made plans, didn’t we?” I laugh, but it feels fake on my ears, and I’m the only one to hear. “And I know we made plans. But things happen, you know?”

“Honestly, I wish we could text like usual. But we can’t. I’m supposed to say why, aren’t I?” I facepalm. Smooth. Keep rambling like this, you’ll have a paper as long as War & Peace. What part of Peace did I miss?

See, people are so confusing. Things are much better.

“I…” I what? I what? Say something, they’re giving up on you. But they are, aren’t they? That’s another song. I look down at my shirt, pulled on from the few things they let me keep. My brain is 90% song lyrics. Heh. Sometimes I wonder what the other 10% is.

“I don’t know if I can tell you everything. But a bad thing happened. And I got taken to a good place.” Really? For all my articulate…ness, I’m infantilizing people? Way to go. “Sounds stupid, but that’s the gist of it.” That’s not the gist of it, not really. Not even close. “I’m okay though. Is that okay?” Is it okay to be okay? Like, when I start being okay will other people stop caring now that—I CAN’T THINK.

Breathe. Just breathe. That’s what they taught you when you came in, right? You’d think something like this would be drilled into your brain and poof! You know nothing.

I stare out the windows in the hopes of inspiration coming to me, but none does. The windows are tinted a hideous blue, and they can’t be forced to return to normal glass. Everything seems dark and gloomy from this side of the glass. But it’s not.

This still isn’t helping me figure out what to say.

“Oh, you write?” one of the workers ask me. They’re level fives. I’m a level…2. I guess. I think. The levels don’t really make much sense, but they’re there and hey, it works. So. Yay.

“And therapeutic.” That’s a big deal with them, so I smile and agree, and wait til they’re gone.

Okay. I think I know what to say. So I delete everything I just wrote and begin again.

“Hey. It’s me. I figure you might have questions. And things.” Everyone has things, you see. “And I promise I’ll answer… Soon. Someday. I just wanted to thank you all. Y’know? Thanks for being there for me, even if I wasn’t there for you?” I tried to be. I really tried. “I can’t say much, but that I’m okay.” And I really mean that. I’m okay, I’m okay! Please don’t worry!

But exclamation marks never did well in things like this.

“Anyway, it’s not about me. You have your problems too- and I just… wanted you to know that I’m thinking about you. And I’m worried about you too. Y’know?” But they don’t. And neither do I. I have no clue how to say that they mean a lot and I want to say it but I don’t know how to express this feeling. Thing. Thing. Ugh.

If the world were made of just things it would be easier, I think.

“One day this will all make sense. This thing. So…See you… later?” Wow. So eloquent.

“Sincerely, me.” And that’s from a musical too.

I tap the keyboard and rack my brain for anything to add a semblance of okay to this not-okay thing. And there’s nothing.

No thing left to say.

welcome to the weirdness.

jo is many things, including filipiadian bookdragon, fanperson, wannabe wordsmith, and troublemaker/unmaker, respectively. she blogs on pananaw, a word which here means “how one sees the world”.

this is how she sees the world.

get sucked into a time portal

all pictures, ideas, words, and both digital and intellectual property is copyrighted to pananaw the blog TM. failure to  ask the owner (me) for permission to take said property will be punished in a court of law and the consequences will include death, spoiling of endgame, and the walk of ultimate shame: LEGOS. do not engage.

oh no we have other presences